Fun little project over the weekend: getting the most out of my old GPU

I had a fun little project over the weekend. I decided to change the thermal paste of my old MSI R9 290x (link to MSI page), as it was running really hot. By hot, I mean 86-93C°.

Yes, I am totally aware that the R9 290x chip is actually designed to run at 95C°, so it should be totally fine. However, I still felt that my card with an aftermarket okay-ish MSI cooler at 88C° was a little too much. And as I bought the card in 2014 and obviously never had changed the thermal paste in that card before, I thought that the paste itself might be an issue.. and boy was I right!

Before executing said operation, I researched the crap out of this just to be safe and more knowledgable about my particular card, even though my warranty on the card had already expired a few years ago. I searched for any results people had gotten with this exact same card and same model and how well they were able to overclock it and if the temperatures lowered significantly after changing the thermal paste.

The first step was to disassemble the card itself. After taking the cooler off of the card itself, I noticed quite quickly how dirty it was. This was expected, as I had never been able to clean the card from this angle. 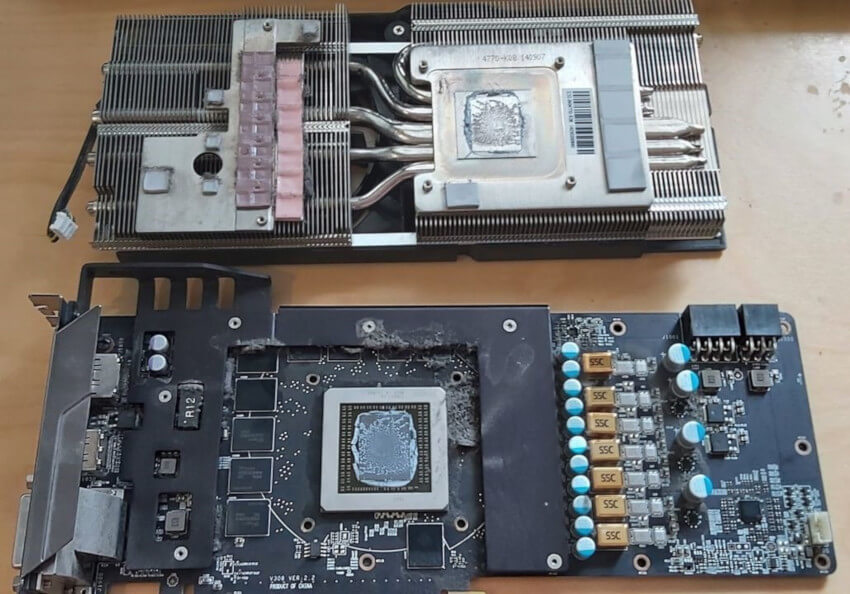 As can be seen from the above picture, the thermal paste was all ove the place. In addition to that, the paste itself had actually dried up. This is the point where I realized why I had been having such bad temps with the card. It was just because the thermal paste was not doing a good job anymore by directing heat from the chip to the cooler. Also, the card was really dirty and the dust that was residing inside the card felt a little sticky.

After cleaning the card thoroughly, the result looked much better: 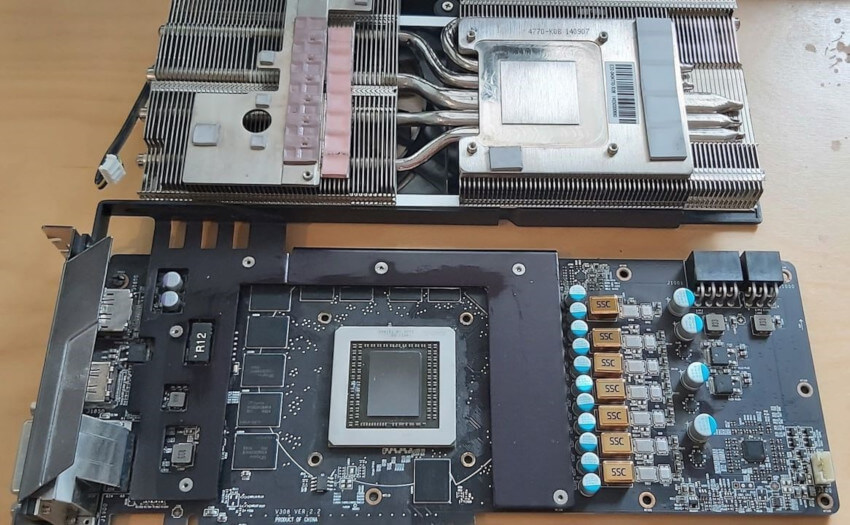 Now it was time to put on the paste itself. Thankfully I had some already, as I changed the thermal compound of my CPU about 2 weeks ago and due to that I bought a new paste, Noctua NT-H1.

After putting it together and installing it back to the computer case, I immediately wanted to test, if there were any improvements. The temperatures before were as follows: 50C° idle and 85-93C° on load while gaming. Looks like the temperatures indeed did improve, as now it was at 40C° while idle and doing nothing vs old 50C°. 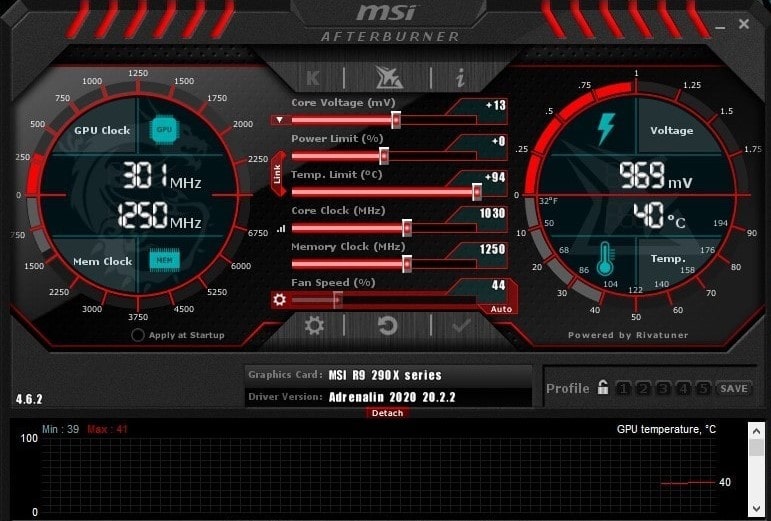 I fired up GTA V (1440p ultra) and did some benchmarks and the card reached a maximum of 71C° (screenshot here). Since GTA V isn’t so demanding on the graphics, as the CPU also has to do some lifting, I decided to try out other games in addition. The maximum temperatures I got were around 75C-80C° vs the old 85-93C° or something. So idle temps got around 10C° cooler and load temps were around 10-15C° cooler. Objective had been completed successfully.

Now it was time to do some overclocking. For this task, I used MSI Afterburner. First I had to unlock the voltage control etc. Then after researching the best and average clocks people have achieved with this card, I decided to try it on my own.

After some trial and error, I was able to get the following stable clocks and stats (vs stock):

The temps got somewhat higher, but the FPS in games also increased by like 5-10, so no biggie as it was expected. Overall, it was a cool little mini-project. Now I’m waiting for my new RTX 2070 Super to arrive this week, but it felt really good to kick some life back to my old card again.